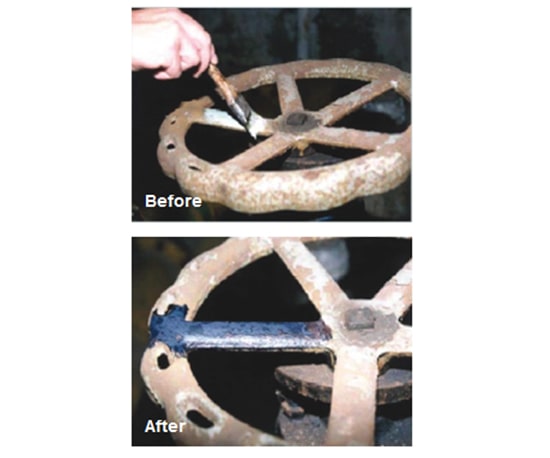 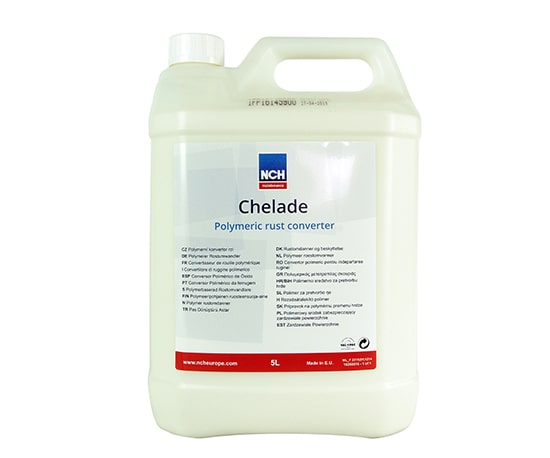 Most metals are exposed to corrosion and rust formation. These lead to leakages, contamination, and system efficiency reduction. For a solution to these problems, rust converters can be used and applied directly to the rusty surface in order to convert the residual rust on the steel material to stable and harmless chemical compounds.

As a rust converter and maintenance chemical supplier in Dubai, Abu Dhabi, Sharjah and the rest of UAE, Dutco Tennant offers you Chelade, a polymeric rust converter which is the solution in fighting rust at early stages and after application presents a neutral layer of surface which can be readily coated. Our rust converter supply here in Dubai saves the surface from rust and saves the cost of priming.

Unlike other rust converter suppliers in Dubai may claim that their product is a rust converter when in fact they are only rust removers, Dutco Tennant as a reliable maintenance chemical supplier ensures that Chelade is an effective polymeric rust converter that stabilizes and covers rust, converting it into a paintable surface. The effect of Chelade as a rust converter is physically obvious because as it chemically converts rusts on the surface it changes into a black polymeric protective barrier that is moisture free and is resistant to oxidation and deterioration by acting as a corrosion inhibitor.

Unlike another rust remover, rust neutralizer, and rust converting product supply here in Dubai, Chelade is a convenient product that combines all features into one product. It requires a light cleaning and removal of dirt on the surface but after that, the rust converting, rust neutralizing, priming, and even anti-rust formula is in Chelade. Chelade only acts as a rust primer and not a coating therefore a top coating layer is still required but Chelade’s formula will enable this coating to be more effective in protecting the surface.

Our rust solution product in Dubai, Chelade’s ready use formula unlike the standard scrape, prime, and paint regime, the user does not have to bring the surface down to bare metal before application and does not leave rust behind which can lead to further corrosion under the new paint layers.

Chelade is a rust converter that has a water-based formula. Therefore the cleanup is relatively easier for the applicator. The surface of the rust converted can be the primer therefore direct paint application after the instructed period of time is possible.