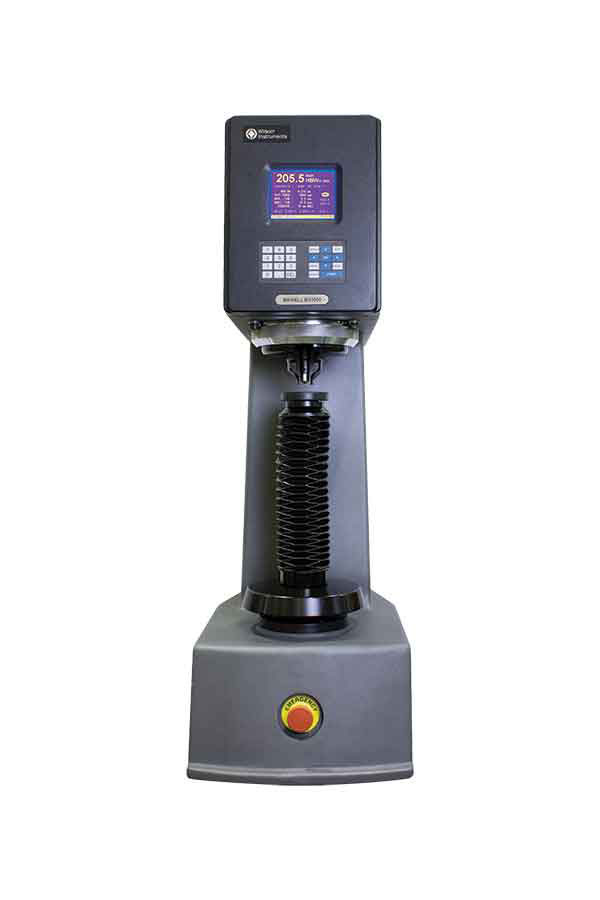 Hardness Testing Equipment is extremely important as it applies to a range of materials from metals to non-metals. It can be defined in scientific terms as a material’s resistance to deformation, penetration, scratching, or other physical force. Accurate hardness testing is one of the most widely used choices for engineers for materials selection, doing lot verification testing, material testing, comparing material hardness and testing across multiple objects as it is a simple, timely, and relatively non-destructive way. Dutco Tennant LLC supplies the widest range of products and solutions for Harness Testing in the Middle East and GCC region which are very reliable and effective.

Hardness is a characteristic of a material and not a fundamental physical property. The resistance to indentation is called hardness and it is determined by measuring the permanent depth of the indentation. When using a fixed force and a given indenter, the smaller the indentation, harder is the material. The Brinell hardness test was originally developed in the late 1800s by the Swedish engineer of the same name. He wanted to find a method to control the quality or hardness of steel. The solution that he found out was to press a railway wheel-bearing ball into the material and then measure the size of the mark it left. The Brinell hardness test is mostly used to test materials which have a structure that is too coarse or have a very rough to test using another test methods surface. Most of the time Brinell testing use a very high test load (3000 kgf) and a 10mm diameter indenter in order to make the resulting indentation average out most surfaces and sub-surface inconsistencies. In the Brinell method, a predetermined test load is applied to a carbide ball of a fixed diameter which is held for a predetermined time period and then removed. Then with a specially designed Brinell microscope or optical system, the resulting impression is measured. As the Brinell hardness test indentation leaves a relatively large impression, the Brinell hardness test is better suited to larger samples with a coarse or inhomogeneous grain structure, such as castings and forgings. The Brinell is a sturdy hardness tester for the higher load Brinell scales. Designed with rugged construction to withstand the harshest environments, this reliable tester offers a high-rigidity and closed-loop load cell technology for accurate and safe load applications. Key features include a clamping device for securing parts to the exchangeable anvil, an easy-to-use user interface to set up and operate the tester, a built-in keypad calculator that accurately presents HB hardness values, and an LCD screen.